Dunckerocampus dactyliophorus commonly known as the Banded Pipefish or the flagtail pipefish. Found at the depth of up to 50 m in the Indo-Pacific and can grow up to 7 inches in length. 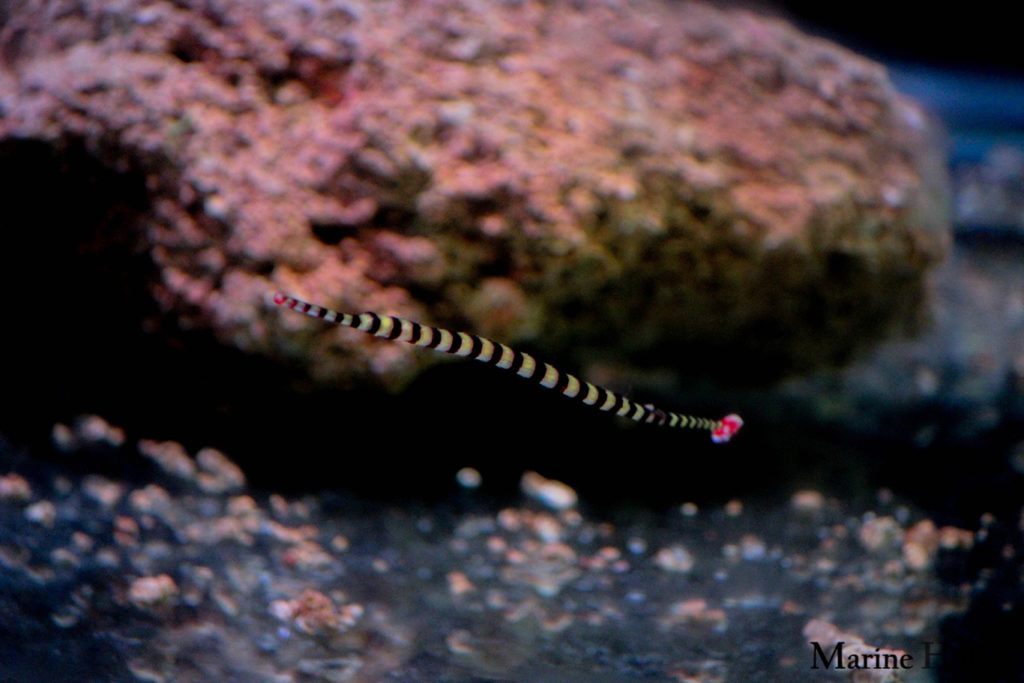 Banded Pipefish or the Flagtail Pipefish has a long cylindrical off-white body with black vertical bands and has a red flag tail with a white spot in the center. They habitat the caves and crevices near the lagoons and the reefs.

Checkout the video below;

The Flagtail pipefish has a very different way of swimming they are better swimmer than its close relative of seahorse. The Banded Pipefish is considered as difficult to keep due to its unusual feeding habits. It usually prefers to eat only live copepods. Live baby brine shrimp should be added in the main diet. With time, the Banded Pipefish can be shifted to eating frozen small mysis shrimps, frozen prawn eggs and flakes. 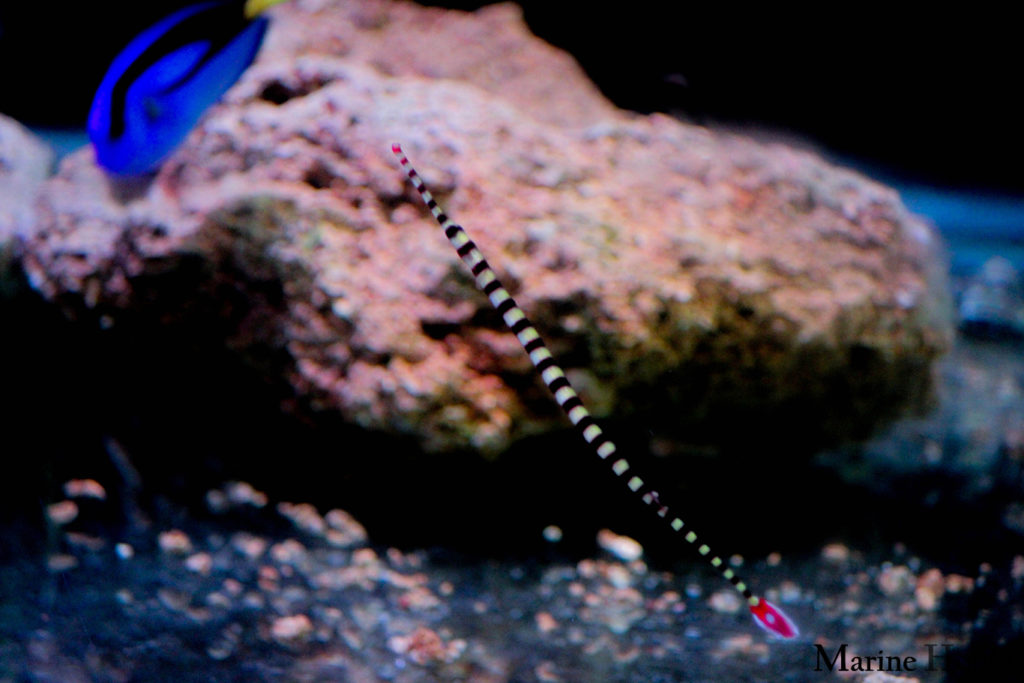 Flagtail pipefish have been reared in captivity and here the male carries the eggs in a brood pouch which is found under the tail. This fish species is best kept in mated pairs or groups of its own kind in an aquarium that is 50 gallons or larger. It may be kept with small fish such as small gobies, seahorses and dragonets. Aggressive fish do not make good compatibility in a community tank with the banded pipefish.

Pipefish will be harmed by any anemones and corals which has stinging tentacles. Being a docile fish, it can also be harmed by crabs and large shrimp. So, to read more about this different looking fish check here. 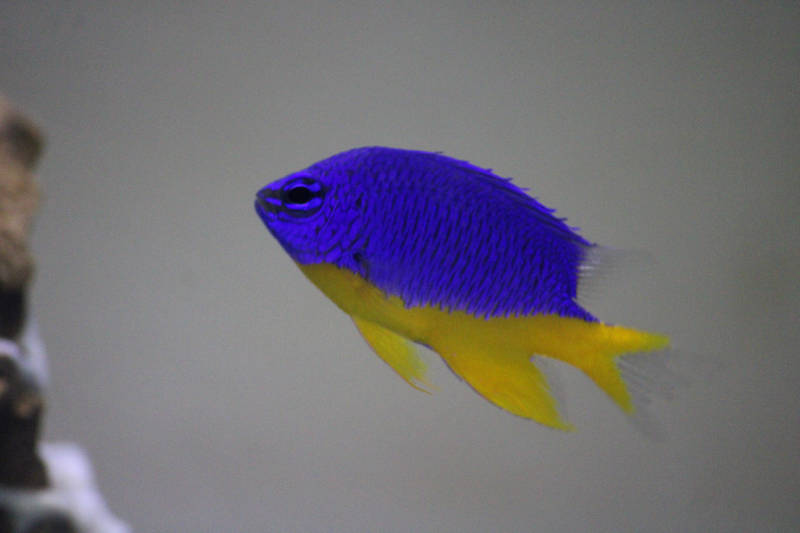 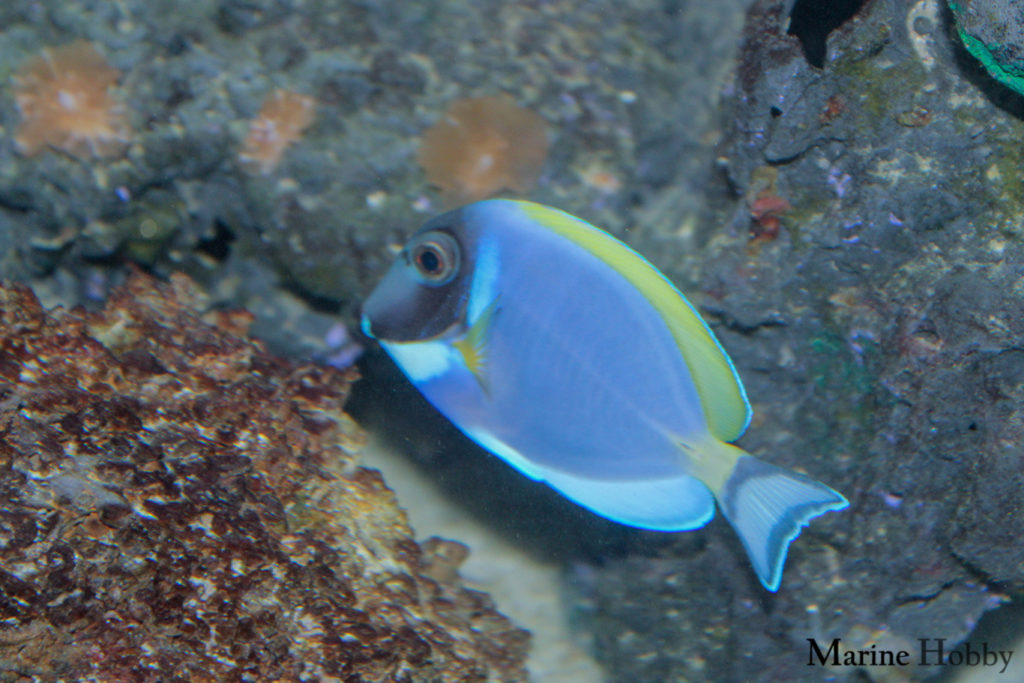 Grace of the powder blue tang 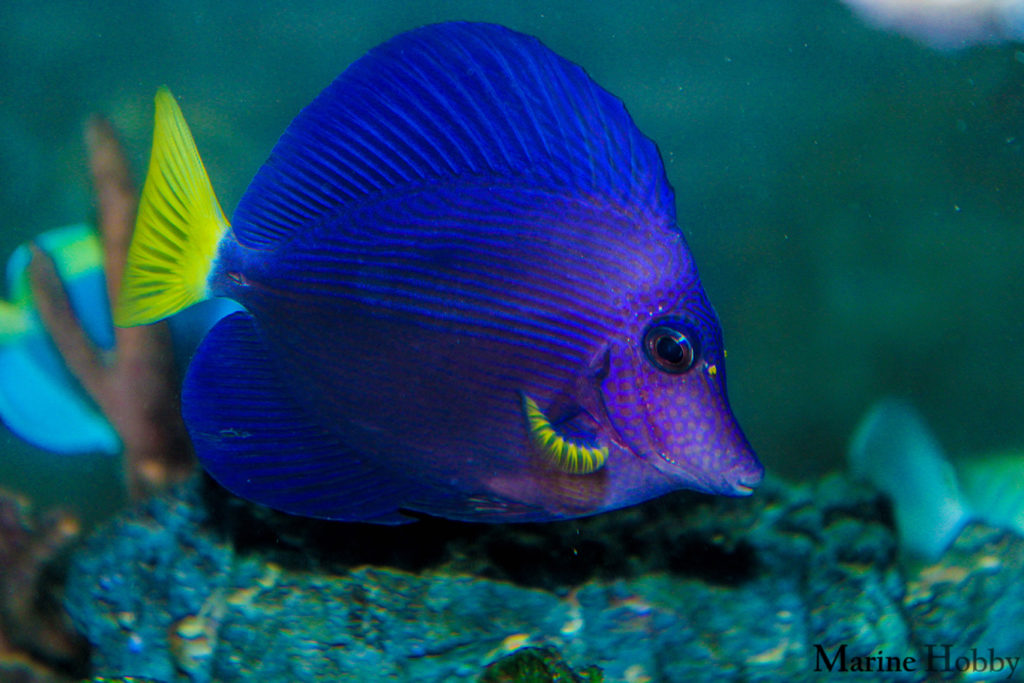