The new species is currently known only from a relatively small area in the Kokas District of West Papua Province darting among wave-washed rocks and boulders next to shore at about 1–2 m depth. Adults body and median fins are dark brown, nearly black, with brown abdomen & head dark brown or blackish with blue facial markings. Complete papers on Pomacentrus bellipictus are with ocean science foundation. 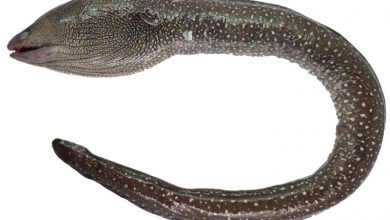