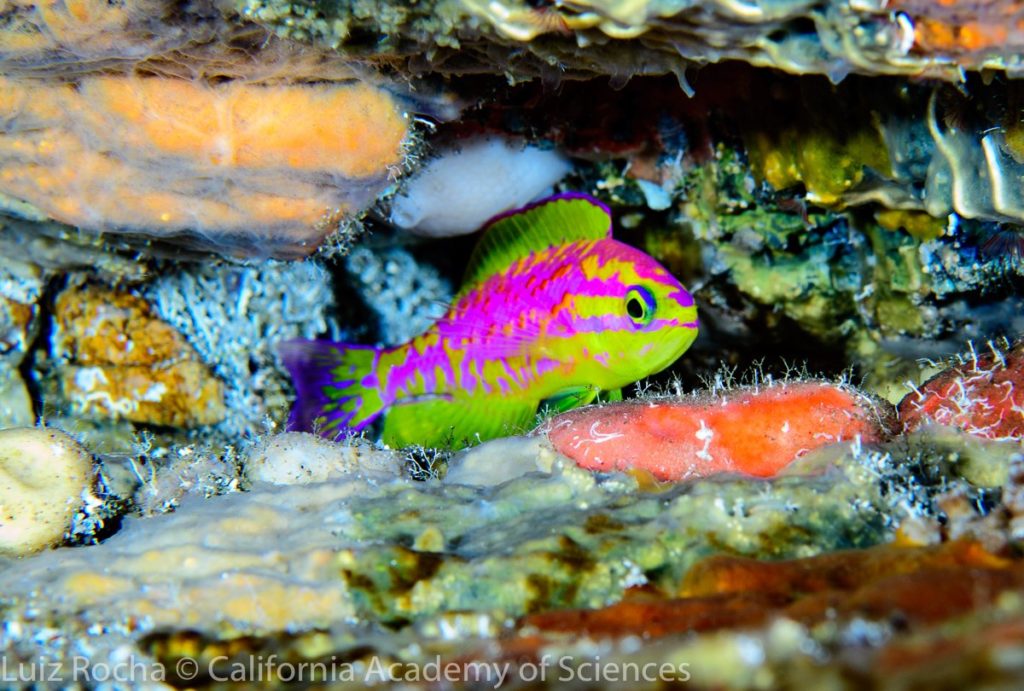 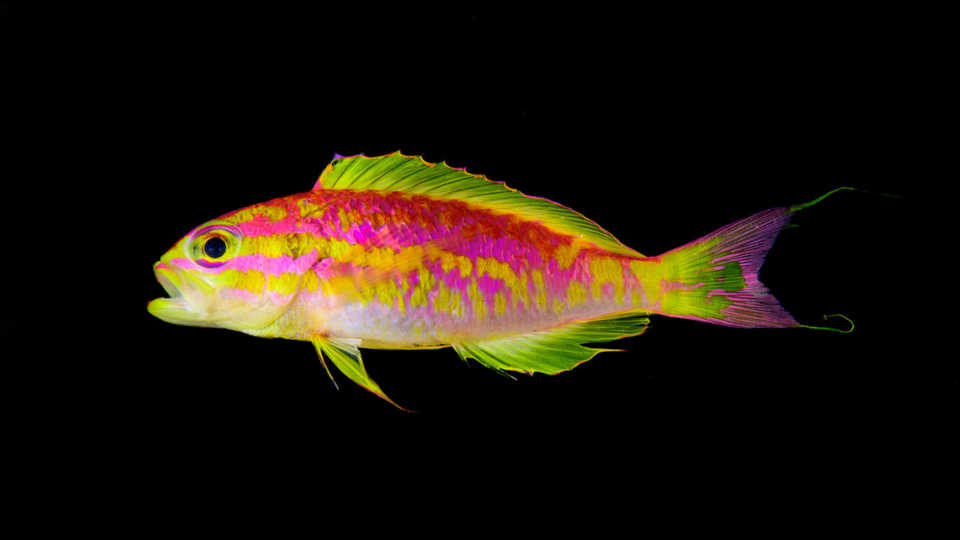 On a recent expedition to the remote Brazilian archipelago of St. Paul’s Rocks, a new species of reef fish—striped a vivid pink and yellow—enchanted its diving discoverers from the California Academy of Sciences. First spotted at a depth of 400 feet beneath the ocean’s surface, this cryptic fish inhabits rocky crevices of twilight zone reefs and is found nowhere else in the world.

“This is one of the most beautiful fishes I’ve ever seen,” says Dr. Luiz Rocha, the Academy’s Curator of Fishes and co-leader of the Hope for Reefs initiative. “It was so enchanting it made us ignore everything around it.”

The new anthias fish, Tosanoides aphrodite is one of the most beautiful and colorful fish to be described by Pnheiro, Rocha & Rocha in the latest ZooKeys. 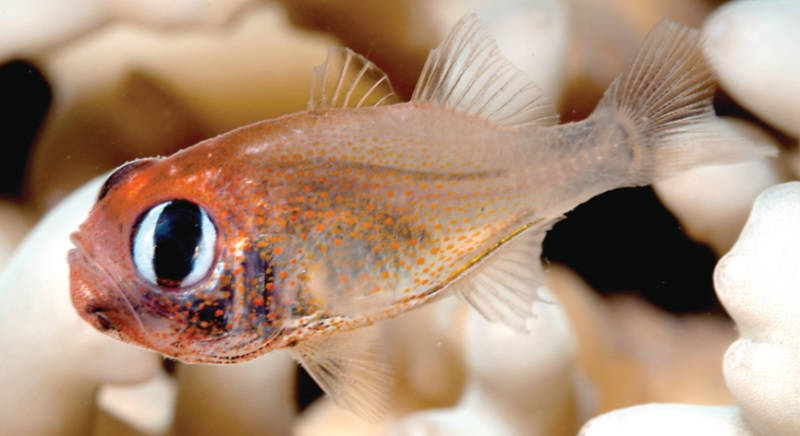 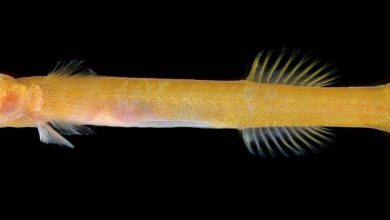 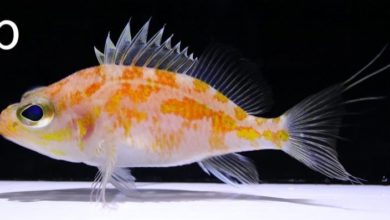 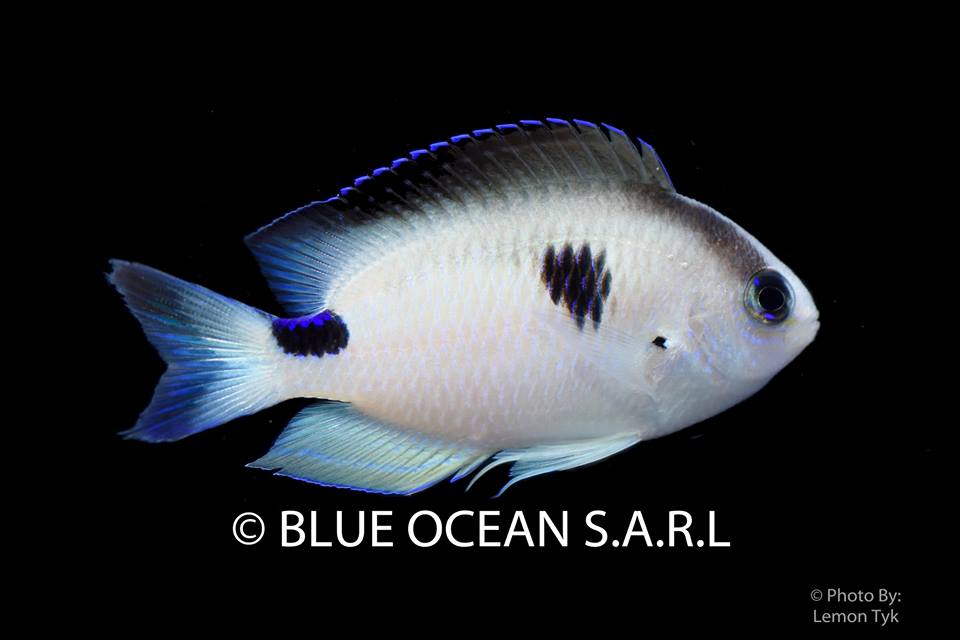