Eviota is the newest species of in the Eviota genus from the Amirante Islands, Seychelles, in the western Indian Ocean. We earlier had Eviota from the West Papua in Indonesia and with the E. the total species in the genus reaches 117 in total. The new species is amazing in , the head is marked with a red and white pattern and the body has orange and yellow bands.

The Eviota is smaller than .5 inches found at a depth of 16.5 m on a small coral patch north of D’Arros Island, Amirante Islands, Seychelles Republic. The fish was associated with a large massive Porites coral colony or a marginal algal-covered section of the reef with a mix of rubble and hard corals. The new is named after Ryan Daly, who photographed and collected the specimen from Seychelles Islands.

Again, discovering a fish which is smaller than an inch in the open water is not easy. A lot of effort goes in finding, observing and lastly reporting the new species. Anyways there is a lot in-depth that you can read about Eviota dalyi on Journal of the Ocean Science Foundation. 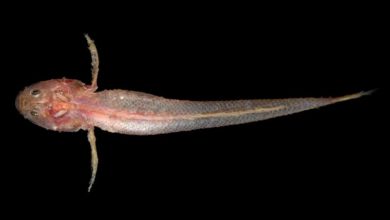 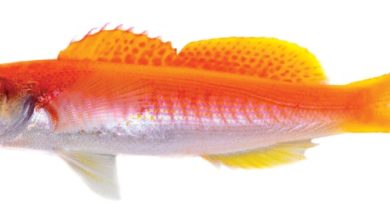